The guys came up with the stupid idea of creating a buddy cop punk rock opera. And then they went and did it. It's 10 gunk punk songs about the 1989 blockbuster film Lethal Weapon 2, only available on VHS. Also, fuck Mel Gibson.

Preorder now or miss out!

Turn your brain on to this Hamburg band that plays stripped down Spits' style punk. Fucking great down-to-the-bone songs, specially the first track where the female bass player takes the lead.

In this new tape the boys leave lo-fi budget rock behind to try to play like the Action Swingers or the New Bomb Turks. A shitload of attitude and fucks given as always.

This italian band plays fast and screamy rock'n'roll with oldschool hardcore vibes using Peavey amps exclusively. Main song is over before you can make sense of the great guitar riffs. B side has an awesome cover of the killed by death classic Television Addict.

I really dig thematic punk bands, and even I was surprised when these guys told me that they had started a new one and all the songs where about Florida. I mean, how many stupid things can you say about an american state full of old people? It turns out, a lot.

Band from Berlin playing the kind of no-frills in-your-face garage punk that never gets old. A concept record with three killer mean songs each one about a different kinds of horrible people that piss them off. Get this seven inch and share their hate!

Demo tape only sold at Funtastic Festival XI. The only 10 songs they know how to play.

These guys grew up watching the Ninja Turtles saturday morning cartoons. After some heavy partying they fell into radioactive ooze by accident and got cancer. During chemo they decided to fullfill their childhood dream and form a garage punk band!

This sounds like it could have been a Rip Off Records single but has one extra side! In the vein of The Brides or Devil Dogs. Trying to bring back rock'n'roll to punk but without forgetting the catchiness.

WTF! I thought he was dead! Turns out he's been trying to finish a fucking masterpiece of a record. Easy to explain: it's a rock opera about Lethal Weapon 2, yes the one with the bomb in the toilet, no not the one with the suicide jump. In addition to the music, we made our friends reenact scenes from the movie and the whole thing is coming out only on VHS (cassette tapes are too mainstream these days).

Here's the trailer for this whole thing.

I'm dropping the Facebook/Instagram accounts, I got fed up with mainstream social media. So if you want to hear label news, please sign up for this mailing list I created. I also have a mastodon account which I plan to never update.

I made some euro trash t-shirts that will be for sale at Get Lost Fest in Hamburg at the end of the month and at Funtastic Festival in November. I've decided not to sell them online but if you send me an email you may try to convice me to sell you one. Also my cat has been vomiting all over the place. There's two pictures under this text, have fun guessing wich one is the shirt and wich one is cat puke. Fucking vets are expensive. I'll be at those festivals because Boyle Heights are playing there. 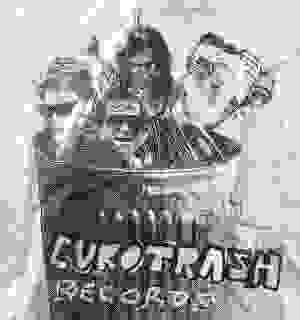 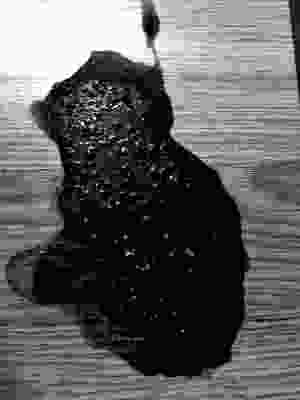 Hey! New single, the 6th already! I first saw The Dutts last summer while attending Get Lost Fest at their hometown Hamburg, they played the afterparty at a place called Komet. Like most pleople that hear them the first time, I thought they sounded exactly like the Spits (same retard voice)! But if you listen to them a little closer, you will notice the differences. And then these songs will stay in your brain forever!

Also this is the first one-sided single I'm putting out, copying Rip Off Records one more time. Just kidding, the thing is pressing prices have gone up, and so to maintain the same cheap end price we cut a side. If two songs of a band don't fit in a 7 inch side I probably don't like them anyway, so no big loss.

I'll be at Gutter Fest for the second time at the end of the month. Bring beer.

Like I said earlier, gonna be playing some shows with Boyle Heights in France at the end of the month! Don't miss 'em! 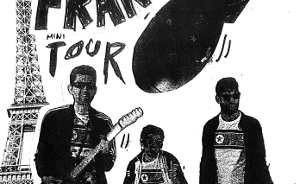 We have two free days in the middle, so if you want us to play your party, hit us up.

Also, I'm closing the webshop, since it's a pain to maintain and nobody was using it. From now on records can be bought in the merch section of our bandcamp page or by sending me an email for crist's sake.

Hey, Boyle Heights is releasing a new tape, most of the songs rehearsed for the first time just before recording them. A real banger! They will be touring France in March, more info on that in the near future!

I also decided to upload everything to bandcamp, since I got tired of people asking if we had a bandcamp page.

We'll be at Gutter Fest during the 19th and 20th selling records and some very limited amount of t-shirts.

Thursday 1st of june Asphalt is back in town and playing with Boyle Heights at Ceferino's. 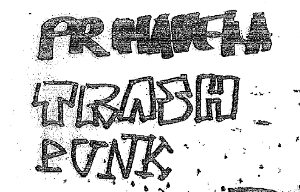 Also check out the cool flyer for the upcoming northern Spain tour! 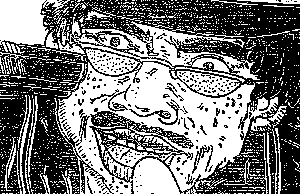 The next single should be ready next month. Florida are two girls and one guy from Barcelona that are so in love with the sunshine state that they have a whole band dedicated to it. I don't want to know why, and I think they don't know either. Listen to this shit in soundcoud.

I should also have represses of Boyle Heights and Pizza Ninja Squad in January and in March we're going to play northern Spain!

A week ago Boyle Heights recorded a tape to be sold only at Funtastic Dracula Carnival XI at the end of the month. It will be a once-in-a-lifetime opportunity for you shitheads to get ahold of this unique merchandise. Only 20 copies will be made and then we will destroy the computer it was recorded in and burn the rehersal place down.

Needle Exchange is coming to play at the end of the next month and to celebrate we're going to do the Boyle & Pizza gig in Barcelona that was pending. Flyers and events will be posted shortly.

In other news, I just sent the 4th single to the pressing plant.

The Needle Exchange singles are here and sounding great. "Posh Kid" is a hit but the b side is also killer! You can find the record for sale at my discogs seller page. I stamped 15 promo ones in red and some of them are already gone, so hurry up. The band will be doing some gigs in Spain in november, I'll post the dates when they are confirmed.

I'm going to Not Now / No Way, then on vacation and then to Get Lost Fest. And afterwards in September I'm hoping the new Needle Exchange 7'' gets delivered. I'm a busy boy. 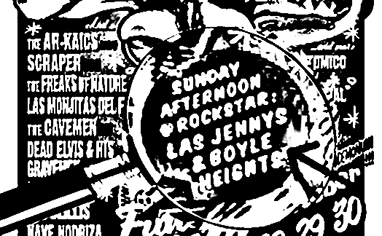 Looks like the fine folks of Dracula Funtastic Festival have made a mistake and have asked Boyle Heights to play there in october! The boys will love playing at noon in front of a mixed crowd of english hooligans and strung out middle-aged garage people.

Also, after the tour there's 11 Boyle Heights and 16 Pizza Ninja Squad records left (and no red ones anymore). Just sayin'.

The third record is already on its way. Stay tuned for more info to come in the next months!

The two most stupid spanish punk bands are going to play in the next months at a shithole near you, if you live in some spanish city that is.

Today I created a discogs account to sell directly the records. My original plan was to setup a webstore but I'm too lazy and it's way too expensive, plus in the end everyone buys from discogs anyway. So there you go!

Watch the Boyle Heights guys playing their hit single in all the rooms of some buddy's dirty flat. Records are a little late but on their way, don't miss 'em!

So I'm starting to put out punk 7 inches. First two releases will be available in January 2016. Each one will cost 5€ or a super limited time preorder offer 8€ both together. There will be a very limited pressing of 100 copies each, the first 25 of Pizza Ninja Squad will have red covers.

I'm also looking for cool european punk bands to keep releasing singles, so if you think you got what it takes, get in contact.